CHIME is an interferomteric radio telescope that has no moving parts. Originally conceived to map the most abundant element in the universe - hydrogen - over a good fraction of the observable universe, this unusual telescope is optimized to have a high “mapping speed”, which requires a large instantaneous field of view (~200 square degrees) and broad frequency coverage (400-800 MHz). The digitized signals collected by CHIME will be processed to form a 3-dimensional map of hydrogen density, which will be used to measure the expansion history of the universe. At the same time, these signals can be combed for fast, transient radio emission, making CHIME a unique telescope for discovering new “Fast Radio Bursts” and for monitoring many pulsars on a daily basis.

The CHIME telescope’s large collecting area, wide bandwidth and enormous field-of-view make it a superb detector of FRBs. As of mid 2020, CHIME has detected well over 1000 Fast Radio Burst sources. So high an event rate promises major progress on this puzzling new astrophysical phenomenon. Bright CHIME-discovered FRBs will be found in real time and reported immediately to the worldwide astrophysical community for multi-wavelength follow up. 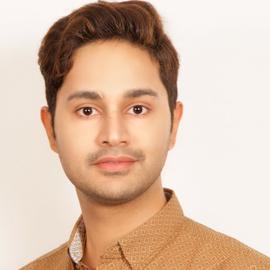 My research interests include multi-messanger astronomy, RF electronics and communication and applied statistics.